Grupo Bimbo is the world’s largest baker, with headquarters in Mexico and production facilities in the US, Canada, China, Latin America and Europe.

Grupo Bimbo won the inaugural ITIL® Experience Award – Collaborating for Success 2018, which was presented as part of itSMF UK’s Professional Service Management Awards. The award judges called the scale of their operation, ‘hugely impressive’. ITIL provides a standardized approach to service delivery and allows the central IT team to adopt standard and repeatable processes which are essential for its business.

In this case study Horacio Gutiérrez, lead ITSM consultant, working for EY in collaboration with Grupo Bimbo, explains how the transformation project evolved over a two-year period.

Grupo Bimbo is the world’s largest baker, with headquarters in Mexico and production facilities in the US, Canada, China, Latin America and Europe.

Grupo Bimbo won the inaugural ITIL® Experience Award – Collaborating for Success 2018, which was presented as part of itSMF UK’s Professional Service Management Awards. The category recognizes collaborative excellence in outstanding IT service management. Nominees have to demonstrate the productive use of at least three of ITIL’s guiding principles and provide examples of effective collaboration between individuals or multiple teams.

Grupo Bimbo utilizes ITIL to integrate and coordinate service management across its multiple global sites. The award judges called the scale of their operation, ‘hugely impressive’. ITIL provides a standardized approach to service delivery and allows the central IT team to adopt standard and repeatable processes which are essential for its business.

Horacio Gutiérrez, lead ITSM consultant, working for EY in collaboration with Grupo Bimbo, explains how the transformation project evolved over a two-year period.

2. Aligning IT services to business objectives in the world’s biggest baker

Grupo Bimbo is a public company headquartered in Mexico City. Predominantly run by a family group, it produces bakery products for 32 countries, with almost 100 global brands and close to 200 production facilities worldwide. It has roughly 1,000 distribution points, served by approximately 58,000 routes and 36,000 vehicles. In total, it manufactures about 13,000 lines of baked products.

In Mexico, the company is famous for its white bread and cakes. However, its expanding business means offering new types of bakery products and snacks in markets around the world.

The IT project discussed in this case study initially began as a 12-week project and was extended until it became a two-year programme. The aim was to align the company’s IT services to its business objectives, establishing service levels and responsiveness that mapped to the business’s goals. The key business objectives that were targeted were:

It began with concerns from the IT department about the cost of services delivered by the former IT service providers. The business was paying by the number of IT tickets generated. As the number of tickets grew, so the cost grew.

We wanted a more proactive, single service model. We analyse the support agreements to identify the reasons the existing service model had led to inefficiencies.

Grupo Bimbo works closely with its IT service providers to educate them in the way the business runs, including on-site inductions to show them how the business sells and distributes bakery products.

By working with the key players across the business, we gained an understanding of the services provided by IT and the associated service levels required, such as trucks leaving distribution centres on time. This led us to the IT solutions, including the use of ITIL.

The ultimate goal was to sustainably improve the quality of the application maintenance services, which required business process knowledge, technical skills, project management capabilities, and the ability to a coordinate with other vendors.

3. Creating the conditions for a better customer experience

Creating the conditions for a better customer experience

The EY team, led by Horacio, used the ITIL Practitioner guiding principle, Design for Experience, to define the conditions to support application maintenance and, consequently, the customer experience.

4. Outcomes for the organization and its customers/users

Outcomes for the organization and its customers/users

The company was pleased with the outcome of the project:

Grupo Bimbo had already adopted the ITIL framework for incident, problem and configuration management. What needed to change?

The ticket based model was to eliminate in favour of ITIL’s Continual Service Improvement (CSI). CSI was something the company could adopt and adapt, as it was accustomed to the quality-based models used in manufacturing.

Also, using ITIL’s supplier management approach meant the company could have one principal service provider plus smaller specialists and be able to manage contracts and working relationships in a coordinated way.

Around 20 people at Grupo Bimbo were trained and certified to ITIL Foundation level, to help them understand ITIL principles, for example differentiating between an incident and a problem.

We were using only ITIL for IT service management in the organization, so we needed to create a service delivery model based on the five stages in ITIL’s service model, as well as a clear understanding of the CSI philosophy. This was necessary both within Grupo Bimbo and is outsourced IT service providers.

The project team engaged with the company’s legal and financial staff so they could understand the concepts being discussed within the service providers’ contracts. 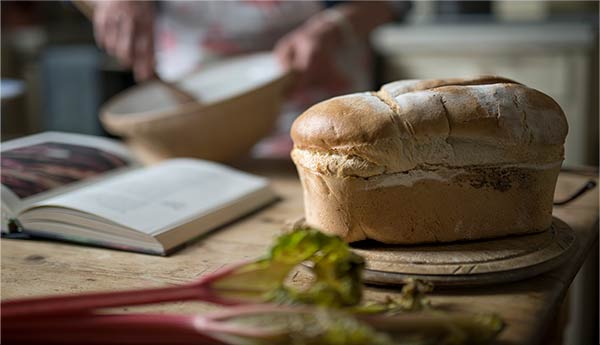 8. Achieving IT and business goals through ITIL

Achieving IT and business goals through ITIL

ITIL helped Grupo Bimbo to rationalize its collection of applications and systems, which built up as a result of company acquisitions. The Configuration management database helped to identify the applications that the company finds most useful and to reduce the overall number of applications without impacting the business.

The design for exchanging information between the company’s in-house commercial platform (used for customer orders and billing) and the enterprise resource planning system (ERP) for production was chaotic. The project introduced governance to reduce interaction between the ERP system and the commercial platform. The new service model was based on ITIL principles and was designed to meet business imperatives.

9. Adopting and adapting ITIL in practice

Adopting and adapting ITIL in practice

ITIL gave the company and its service providers the common language, concepts and working principles.

The common processes and tools also helped to di centralize across the globe and, with better understanding of the dependencies between process, it was easier to build severity classifications relevant to each service provider.

This meant there was better co-ordination between vendors, with frames of reference to respond jointly to incidents. Horacio added:

Passing the responsibility to new service providers and having a team of people sharing information, understanding processes and methodologies was the only real challenge. However, there is now a clear understanding that what's good for the client (Grupo Bimbo) is also good for the vendors, so they cooperate.

ITIL has allowed IT to separate incidents according to service provider, analyze them to understand the level of impact, and make system improvements to minimize critical incidents.

Before the project, one common belief was that most incidents were related to user error, for example, inaccurate management information from users’ hand-held devices. However, the project showed that the perception was inaccurate: many of the mistakes were caused by devices with obsolete or incompatible operating systems which had failed to synchronize. Getting the correct information enabled the appropriate improvements to be made.

The CSI conversation was previously solely among IT people. Now, it is happening among people from the business side of the organisation. They feel their service concerns are being heard and the discussions have moved on to business advantage rather than technical facts. So, if a service is down for example, the first question is how does that affect the business?

User satisfaction has increased because the conversation is about business, so service levels are more realistic and directly tied to real business impact.

11. What are your recommended best practices?

What are your recommended best practices?