Technological innovations over the last few decades have made markets much more dynamic and volatile. If organizations wish to survive and thrive in this rapidly changing environment they need to be responsive to change by demonstrating enterprise agility. This paper explores what enterprise agility is and offers a summary of how Axelos' AgileSHIFT can offer valuable guidance and support in this area.

Technological innovations over the last few decades have made markets much more dynamic and volatile. If organizations wish to survive and thrive in this rapidly changing environment they need to be responsive to change by demonstrating enterprise agility. This paper explores what enterprise agility is and offers a summary of how the Axelos product AgileSHIFT can offer valuable guidance and support in this area.

2.1 THE INCREASING PACE OF CHANGE

Organizations have always been affected by dynamic, diverse and sometimes conflicting changes in society. According to the PESTLE analysis1 these include:

In recent times the extent of change has been so significant that many large and mature organizations have been seriously disrupted or even eclipsed. Organizations naturally want to maintain stability, but many are uncertain how to respond to change because the new environment is so complex and ambiguous. 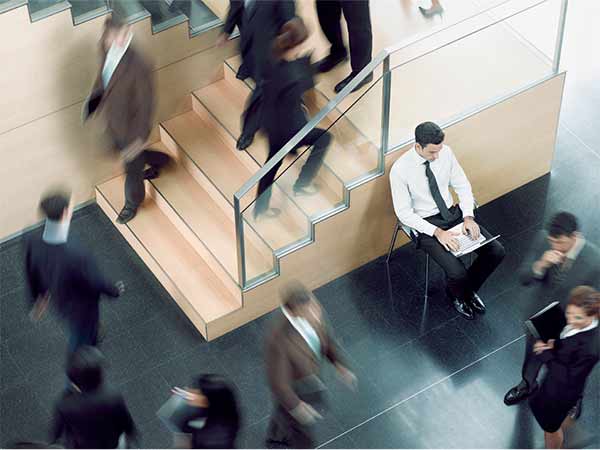 2.2 THE INCREASING ROLE OF TECHNOLOGY

Digital technology now touches everything we do and has become one of the leading causes of change in the world. Events such as economic growth and recession, globalization, political upheaval and behavioural and cultural changes could not have taken place on their current scale without it.

The increasing influence of technology has had a significant effect on the relationship between the customer and the supplier. This shift in the relationship dynamics has been described in certain circles as a move into ‘the age of the customer’2. Customers now have access to goods and services 24/7; they can research information online about alternative products from competitors and gain advice about which services to use. Websites and social networks allow customers to view the thoughts and opinions of influencers within the sector and to post their own reviews.

Now more than ever organizations need to develop closer, more interactive relationships with their customers to create a deeper sense of brand loyalty. They can record and respond to customers’ current preferences and predict future needs through reviews and discussion forums. In this context, data management and the use of artificial intelligence is becoming increasingly important. 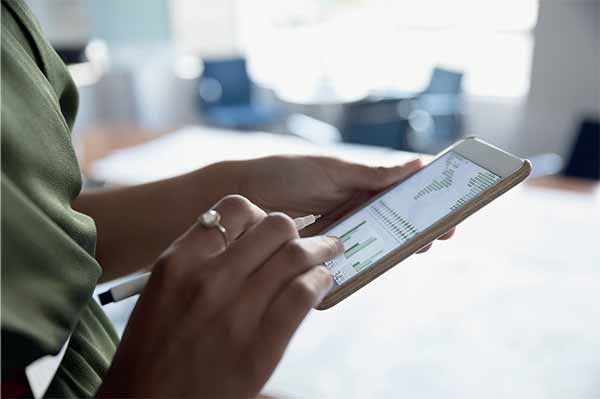 As well as affecting the customer and supplier relationship, the rise of technology has impacted the way organizations function. It has resulted in a ‘tech-shift’ comprising three distinct yet overlapping phases:

It is important for organizations to understand tech-shift and to utilize technology to be more efficient, deliver better value to customers and remain competitive.

As well as being threatened by changes in society and technology, organizations can also be challenged by disruptors in their market. Disruptor companies change the way in which a market operates and may create a new market in the process. Disruptors uproot established ways of working and can even change how we think and behave. They can be new entrants to existing markets or current operators with an innovative new offering. Disruptors don’t just meet customers’ current needs but also anticipate their unstated and future needs. By doing so they can enter a market and rapidly displace established organizations. Disruptors are therefore one of the main reasons organizations need enterprise agility.

Those who seek to disrupt, whether they are individuals or corporate-led, are enabled by several factors, including:

What is the difference between Agile and agile?

‘Agile’ is an umbrella term for a collection of frameworks and techniques that enable teams and individuals to work through collaboration, prioritization, timeboxing and iterative and incremental delivery. There are several specific frameworks that are classed as Agile, and these include Scrum, XP and Kanban. 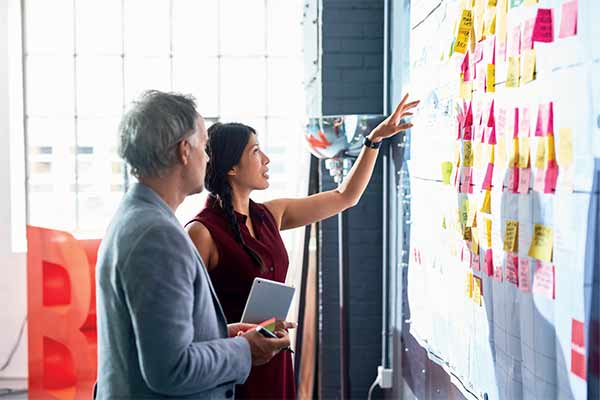 Agile applies to ways of working that focus on user and customer value and are defined by the following:

What is enterprise agility and why do we need it? 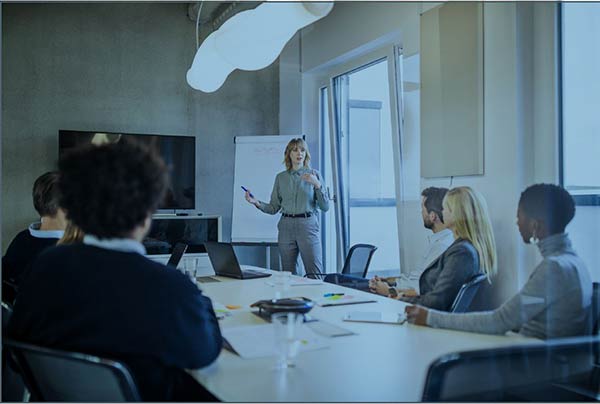 How AgileSHIFT can enable enterprise agility

AgileSHIFT3 is the latest AXELOS guidance, training and certification programme to prepare every single person in an organization for transformational change. It is an enterprise solution which provides insights into organizations’ need to transform and offers a simple framework to support a shift towards enterprise agility.

AgileSHIFT is composed of the following elements: 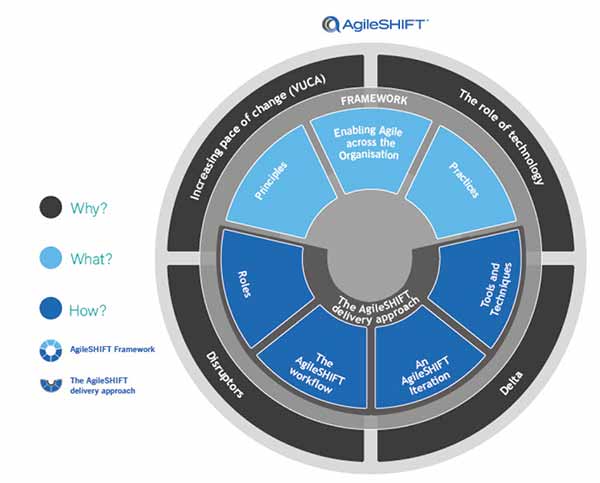 AgileSHIFT supports people and organizations through transformational change by creating an environment of enterprise agility. It encourages all areas of an organization to embrace agile ways of working wherever appropriate and offers a simple, flexible delivery framework with specific roles. AgileSHIFT drives a culture of enterprise agility and does this by understanding and adopting agile ways of working across the entire organization, instead of just adopting an Agile method or tool. It has an emphasis on front line and back office support teams who are often on the ‘receiving end’ of transformational initiatives. 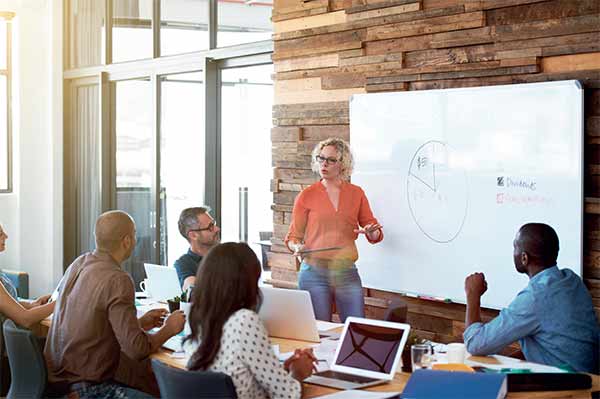 For an organization to keep up with societal, technological, market and customer relationship changes it must:

AgileSHIFT offers a lightweight framework that is easy to tailor to each organization’s needs and provides practical tools to help organizations embrace enterprise agility, remain competitive and thrive in today’s rapidly changing context.

He joined AXELOS in 2014 and has acted as a Programme Manager and SME (Subject Matter Expert) for PRINCE2 Agile, and as an SME on the PRINCE2 2017 update. He is presently a PPM (Project and Programme Management) Product Ambassador.