The purpose of this white paper is to provide an overview of the importance of the project board within the PRINCE2® method. This white paper highlights the activities, duties and required behaviours of project board members as described in the new edition of Directing Successful Projects with PRINCE2.

Having the right processes, information and management organization structure are all important but surveys continue to show the absolute necessity of good leadership and senior management engagement for successful project delivery.

The role of a project board

As a senior manager within a project board you are accountable for three aspects of an organization’s performance:

Project board positions are very demanding and should work in tandem with the project management team. Most senior managers, whatever their level of experience, are likely to be involved in one or more project boards as a way to support change within their organization.

To be effective in that role, project board members need to understand the duties, behaviours responsibilities and accountabilities expected of them.
This white paper starts to address some key questions raised by those who sponsor or direct projects such as: 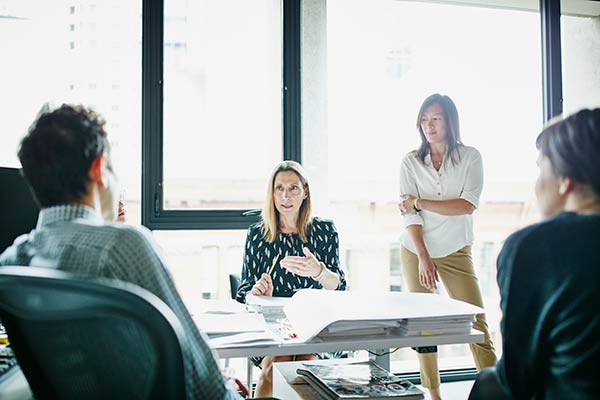 What are projects and why do they matter?

To direct projects effectively, project boards need to understand what is involved in projects and what makes projects different from current business operations or BAU.

Projects bring about change within and for organizations. As the pace of change accelerates and the consequences of failing to adapt to change become more evident, there is a need to focus on achieving a balance between BAU and business change. Projects are how we introduce change and although many of the skills required are the same, there are some crucial differences between directing business functions and directing project work. 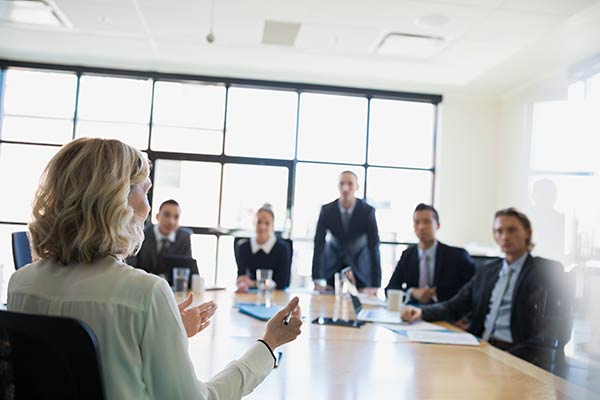 What is project management?

Project management is the planning, delegating, monitoring and control of all aspects of a project, including the motivation of those involved to achieve the project’s objectives within the expected performance targets.

These are used to establish tolerances (a range of allowable deviation from the target level) for each of these performance targets. It is an example of the type of project control that is recognized in PRINCE2.

PRINCE2 is principle-based and has the following seven principles:

To follow PRINCE2 is to adopt and apply these principles when managing a project.

PRINCE2 provides a comprehensive, flexible and fully integrated set of best practices for setting up an appropriate project management team, establishing plans, monitoring the six performance targets and maintaining control through effective decision-making as the project progresses through its lifecycle. To achieve optimal benefits in PRINCE2, the various roles including the project board must knit together to form a cohesive project management team.

One key skill that is vital in this environment is delegation. There are two distinct aspects to delegation. First, it requires leadership ability and motivational skills. Second, it requires a hierarchical organization structure to operate in, which, in project work, is typically cross-functional. PRINCE2 addresses this aspect of delegating direction by defining an organizational model that is both flexible and temporary, with defined roles and responsibilities that are optimized for project work. The defined roles and responsibility principle allows the project manager to manage the project within the agreed tolerances without the risk of micromanagement by the project board.

Why is directing important?

Reports such as the OGC NAO lessons learned – common causes of project failure; surveys and benchmark reports such as Project Management Institute’s Pulse of the Profession and those conducted by the National Audit Office all provide insight into the way projects succeed and fail. All these reports show that success is attributed to recurring factors such as:

Other factors to consider are: 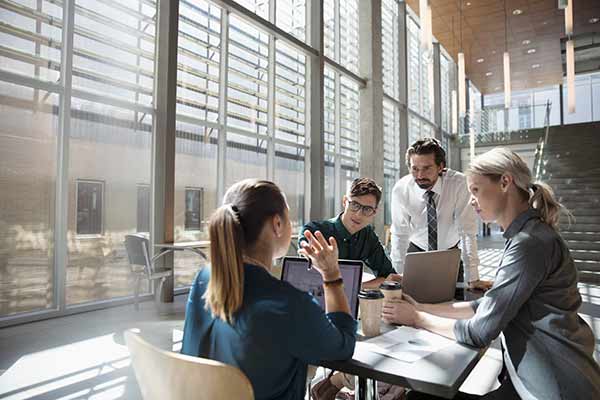 Why is leadership in project management important?

Leadership demonstrates commitment to the project and provides a steady hand at the wheel which in turn has a positive effect on the team.

There are many characteristics that leaders need to have, but the following have particular relevance for members of the project board: 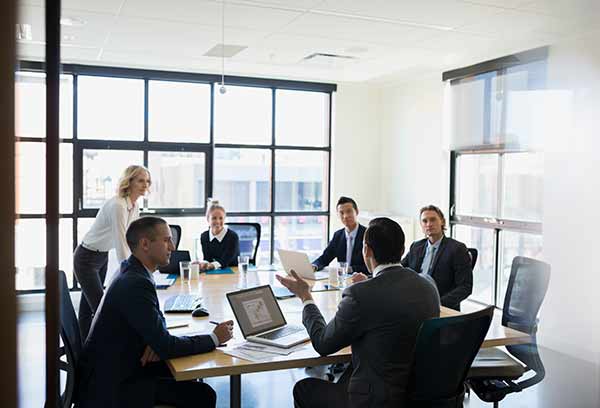 The role of senior management in PRINCE2 project boards

The project board is ultimately accountable for steering the project through to completion. To do this it needs to support and direct the project. As with company boards, if its composition is deficient then the project is likely to struggle. This is a challenging area for a senior manager and one which requires unified direction. Appointing the right project board members is probably the most important factor in achieving a successful project. 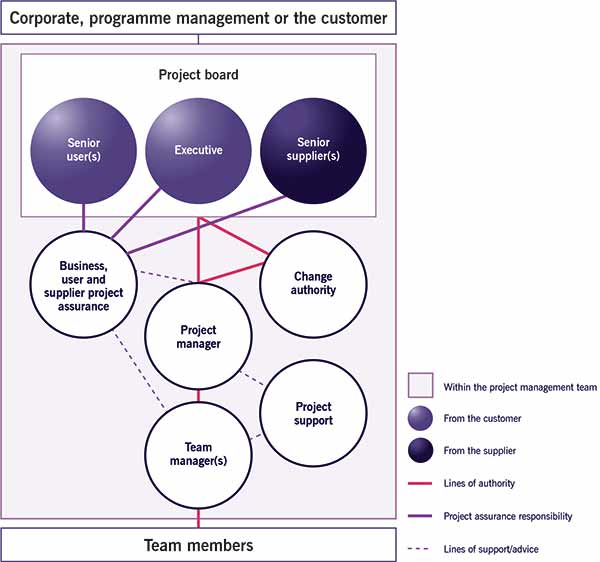 The duties and behaviours of senior management 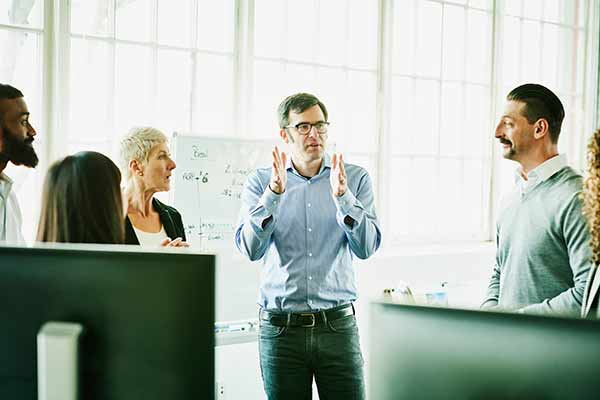 The project board activities on a PRINCE2 project

The project board is primarily concerned with the following PRINCE2 processes:

During the lifetime of the project, the project board is also required to give ad-hoc direction (as appropriate) and be involved in benefits reviews.

Ultimately, project board members are there to make timely decisions. If the decisions are delayed or poorly informed, then the project itself could be delayed and put at risk.

9.1 STARTING UP A PROJECT

The purpose of this process is to ensure that the prerequisites for initiating a project are in place by answering the following questions:

Starting up a project is as much about preventing ill-conceived projects from being initiated as it is about approving the initiation of viable projects. The aim is to do the minimum necessary in order to decide whether it is worthwhile to initiate the project.

The primary activities involved in directing a project are described in more detail below:

The purpose of authorizing the project is to decide whether to commit to the project as a business investment. The decision is based on the detailed PID which has been developed by the project management team in the initiation stage. Once the project board has approved the PID, it becomes the baseline for all forms of project control, covering benefits, risks, scope, quality requirements, costs,
timescales and tailoring guidelines. The project board can then consider and approve the stage plan for the next stage that follows initiation.

By authorizing the project, the project board is attempting to answer the following questions:

Once the project has been authorized and the PID approved, the project progresses as a series of one or more delivery stages during which the project product is created. This is what the project must deliver in order to gain acceptance. Authorizing a stage plan is the activity performed by the project board at each stage boundary.

The purpose of authorizing a stage plan is to provide the project board with an opportunity to review progress, reaffirm the viability of the project and give the project manager approval to proceed based on an agreed stage plan.

This is effectively the last project activity. Its purpose is to confirm that the project has been concluded in an orderly manner before the remaining project team is disbanded.

In addition to the sequential processes described above, the activities below will occur throughout a project’s lifecycle.

A benefits management approach is produced and approved alongside the business case during project initiation. This details who will do the benefit reviews, when they should be done and how they will be conducted. The project board must ensure that benefit reviews are planned and executed post project. If benefits are achieved during a project, they are reviewed at stage boundaries. This means that when authorizing a stage or exception plan and authorizing project closure, the achievement of benefits is the measure of the project’s success. 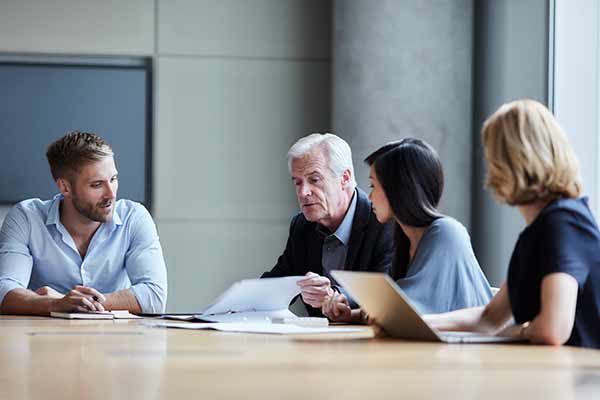 The new edition of the Directing Successful Projects with PRINCE2 is designed to support senior managers who are undertaking project board roles. The guide covers the essential elements that project board members need to consider to drive successful projects. It covers the duties, behaviours, responsibilities and accountabilities expected of members of the project board, and can be used as a reference tool at any stage of the project to check what is required. It is intended to be used in conjunction with the latest edition of Managing Successful Projects with PRINCE2 and now contains extensive guidance on how to tailor the method to the particular requirements and specifics of any project at every key stage in the process.

The guide answers the following questions raised by those who sponsor or direct projects:

The following list has been created as a quick reference for project board members to consider throughout the lifecycle of the project. These are not glossary definitions and it is by no means exhaustive, but it is a good place to start.

It is recommended to refer to Directing Successful Projects with PRINCE2 for more detail. Appendix B of the guide contains process-oriented checklists as a quick reference tool to ensure that the project is following the PRINCE2 method throughout its duration.

Being on a project board is a demanding but rewarding activity; you will see change rolled out across your organization and the benefits being achieved and realized. Giving leadership to the project team by making timely decisions, giving direction and delegating authority helps ensure project board members are involved to the optimum degree and can gain satisfaction from seeing their projects succeed.

He joined AXELOS in 2014 and has acted as a Programme Manager and SME (Subject Matter Expert) for PRINCE2 Agile, and as an SME on the PRINCE2 2017 update. He is presently a PPM (Project and Programme Management) Product Ambassador. 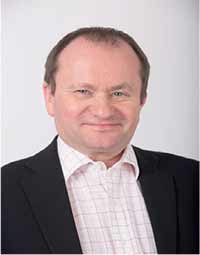